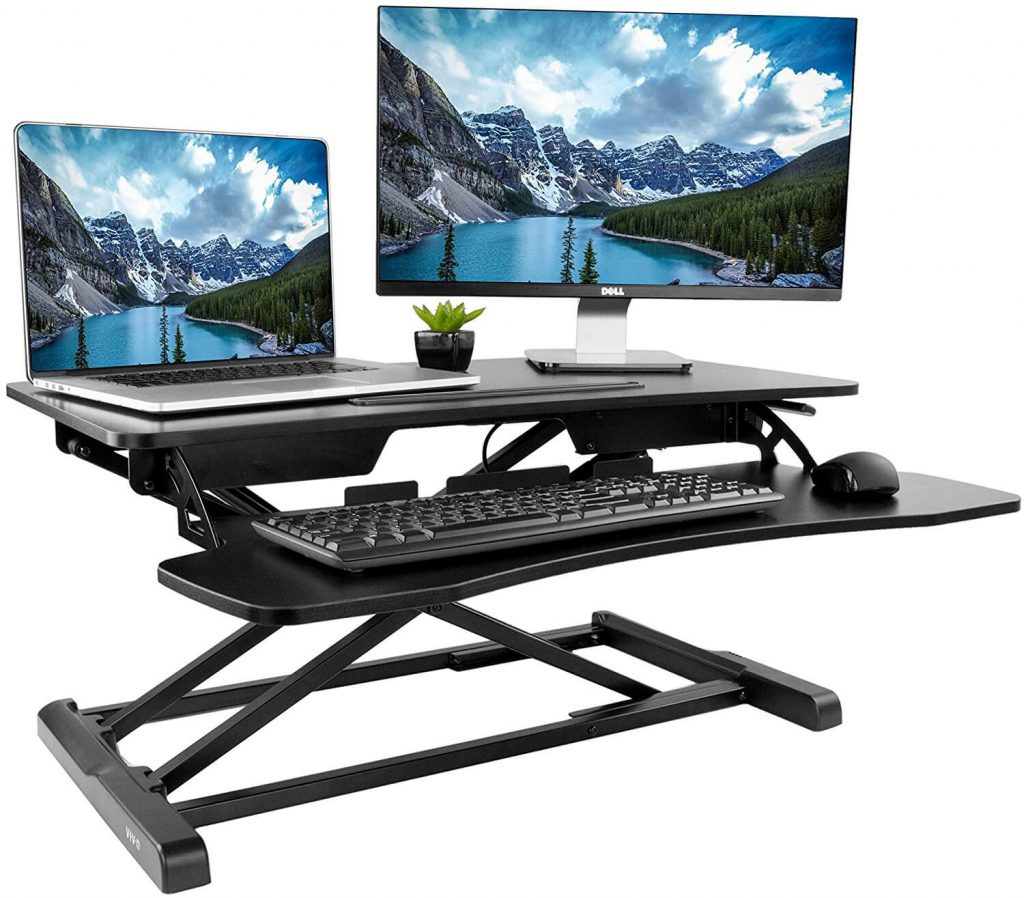 Sit Stand Desks Are Not That New

Standing work has been around for many years.  Even in the industrial revolution period, most jobs were performed by people while standing.  Think about all of the previous manual labor jobs.  It was quite a bit of change coming from farms and manual labor to the concept of sitting in a chair all day!  And many refused to take that leap. And now there is even the sit stand desktop workstation. 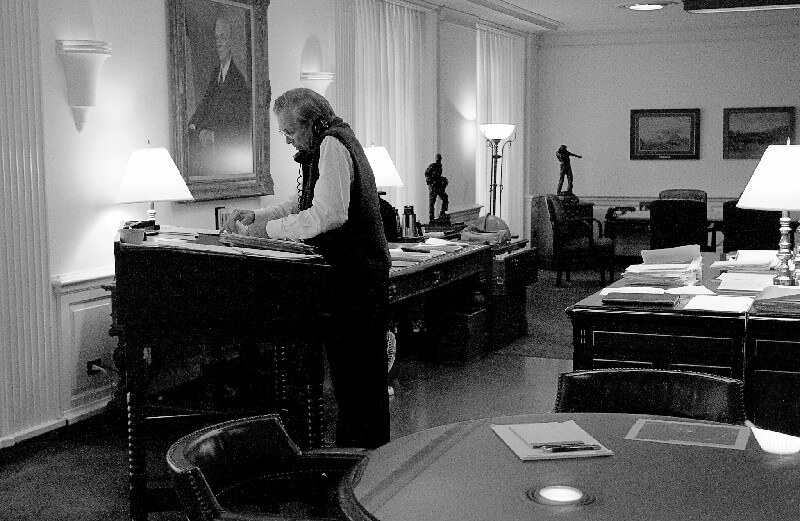 It is only over the last few years that we have witnessed a substantial increase in seated computer work and office jobs. Before the present increase in sitting work, sit-down jobs were considered something of an achievement.  Having a sit-down job just a few years ago used to exhibit that a person has been able to climb the ladder of success.  Now it is the norm.  Before we return to the present, we had to show one of Thomas Jefferson’s desks.  Yep, a full 4 feet tall. 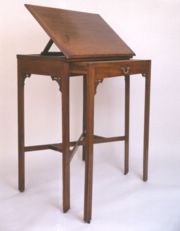 At the present time however, the status is changing back as many people are increasingly performing standing works. It seems we went too far in the change to sitting.  This may be due to the fact that health experts have linked various health risks to office inactivity. Office inactivity is exhibited by the fact that the average sitting time per day is now 9 hours. There are even workers, especially knowledge workers, whose sitting time per day on average is 15 hours.  Various studies have been conducted and have proved that long sitting hours or simply office inactivity poses health risks. On the other hand, standing for a long time or for a whole day also has its negative health impacts just as sitting does.

So, what are you going to do? It’s not good to sit all day but standing all day is no fun either.

Enter the sit stand desk! It really is the best of both worlds.  A sit stand desk is an in-between workspace form that is sandwiched between the conventional seated desk and the standing desk. Sit stand desks allows the person who is using one to be able to position the workstation in a manner that is convenient for either sitting or standing.  Although the evidence is not that exhaustive or conclusive, it has been argued that sit stand desks are able to reduce the sitting time per working day by between 30 minutes to 2 hours. That’s a significant amount of time.

There are numerous benefits associated with sit stand desks as they reduce the need to sit for many hours. With the sitting hours reduced, it means also that the possible harmful effects of sitting for long periods of time are either reduced or eliminated. Consequently, here are some of the benefits of sit stand desks.

For a person to gain weight, it means that he/she is taking in more calories than he/she can burn. What this means is that if your body is able to burn more calories, you are able to lose extra weight.  Therefore, you have to find a way to burn the extra calories. One of the popular methods often employed is exercise. But standing in a way is also a form of exercise. Standing for the proper amount of time can also be beneficial health-wise in terms of reducing weight and lowering the obesity risk. In fact, it has been established that just by standing while working, a person is able to burn more than 170 extra calories per day.

The belief that standing is beneficial for the health of the heart was first proposed around 1953.  Since then, several studies have been conducted to prove this idea.  One such study established that bus conductors who spent most of the time standing compared to the bus drivers had a higher risk of heart disease deaths.  Sitting or inactive work has been established to increase the heart disease risk by nearly 147%.   Inactive or sitting work all day is considered so damaging health wise that eradicating its negative effects becomes impossible. That is even through an intense exercise lasting an hour. Therefore, sit stand desks are essential in reducing the risk of heart disease.

One of the common health problems often affecting office workers sitting almost all day is back pain. It is because of that, that several studies have been conducted involving employees having long-standing back pain to determine if sit stand desks can reduce the pain. One CDC study established that the use of sit stand desks was able to reduce neck and upper back pain by 54% and that is just after 4 weeks. Another study established that employees having long-standing back pain were able to witness an improvement of 32% just by using sit-stand desks.  We have to question that claim but you get the point.  There is a real benefit here. 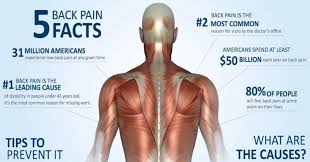 Sit stand desks have been shown to improve considerably the overall well-being of an employee or a worker. In one particular study that lasted 7 weeks, the participants who were using sit stand desks reported less fatigue and stress compared to those who during the entire day of work remained seated. Moreover, 87% of the participants who used sit stand desks reported that they experienced increased levels of energy and vigor throughout the day.  This finding has been able to link excessive sitting time with increased risk of anxiety and depression.

One common concern that is often raised in regard to sit-stand desks is that they tend to impede daily tasks including typing. First, I must admit that standing, as opposed to sitting, will take you some time for you to get used to. But even so, standing has not been shown to hinder people from performing any of the office tasks.  One study established that using a sit stand desk for 4 hours per day had no negative impact on the typing errors or typed characters per minute.  If you factor in the earlier benefit of a sit-stand desk that it improves the overall mood and energy of an employee, then productivity is more likely to be improved or boosted.

The pricing of sit stand desks differs from one manufacturer to another. Pricing is definitely one of the main factors to be considered when you want to purchase one or several sit-stand desks. In general, the price of a sit stand desk often starts from around $500 and beyond. You can purchase sit stand desks from the same places that offer office furniture. Online has become a prime choice for many consumers.  The products can be shipped to you quickly and you’ll have a lot more variety to choose from.  Many office stores will have 4-5 models but online the choices are almost unlimited.  And pricing online seems to be much more competitive.

Of course, it must not be forgotten that other features or factors are equally as crucial as pricing. These other factors include sturdiness and stability, functional features, height-adjusting mechanism and cable management.  In conclusion, I must stress that even if you choose to purchase a sit-stand desk, you must never be tempted to stand all day. Standing for long periods of time is just as injurious as sitting for a long time. It is advised that you balance your sitting and standing time in a 50-50 manner.  Most people have no problem finding a balance that works for them.  Also most sit stand stations are quickly adjustable, giving you added flexibility.  So there is really little reason not to consider the sit stand desk.  It could make a very significant change in your health and overall outlook towards work.  Well, I best not get too carried away.

Thanks, Brandon. Having the laptop and being able to take work with you is awesome!

I was in the hunt for a stand up desk not too long ago until I sold my desktop for a laptop for easier mobility and I can take my work where ever with me. If I ever go down the path of a desktop, a stand-up desk is exactly what I will be looking for!